Last September, the Swiss watch manufacturer launched a limited edition to celebrate the 50th anniversary of the movie On Her Majesty’s Secret Service, from the James Bond series, and now adds three pieces to the collection. 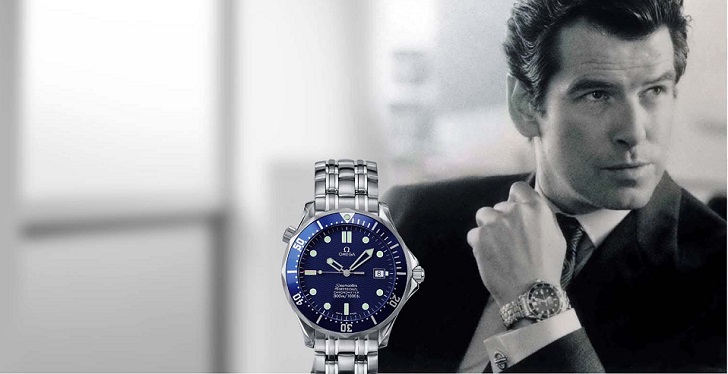 Omega keeps on celebrating its connection to James Bond. The Swiss company had already launched the Omega Seamaster Diver 300M in honor of the 50th anniversary of the movie On Her Majesty’s Secret Service and now adds three commemorative models to the collection.

Since 1995, the watch that James Bond wears on his wrist has been from Omega’s brand. The story began with Pierce Brosnan and the model Omega Seamaster. Now, the Swiss watch manufacturer has launched the Omega James Bond Limited Edition Set, with two new editions of the model Seamaster 300M presented inside a Globe-Trotter suitcase.

The entire set is valued at 44,101 dollars and it can only be purchased by demand in the stores of the company. The Seamaster Diver 300M which commemorates the movie On Her Majesty’s Secret Service has a price of 6,835 dollars.

The luxury watches manufacturer Omega was founded in Biel (Switzerland) by Louis Brand in 1848, who was 23 years old at the time, and nowadays is the subsidiary of the Swiss Swatch Group. Since 1932 until the present day, the official watch of the Olympic Games is also from Omega’s brand.