H&M is the second largest fashion distribution group in the world by revenue. In 1947, Erling Persson launched the Hennes store in Sweden, inspired by American establishments that moved large volumes of merchandise. During the sixties, seventeen and eighties, the company started its international expansion with its first stores in Denmark, Norway, Germany and United Kingdom. The company continued its world expansion and today it’s present in every continent.

k Manteco, luxury wool made in Italy for Zara and H&M coats

k Giants in the kingdom of Zara: Inditex, H&M and Primark dominate 38% of fashion sales

k H&M tries rental: launches the service in its flagship in Stockholm
h By MDS

Erik Bang (H&M): “The challenge is to create a culture where it is OK to fail”

Bang has been responsible for innovation at the H&M Foundation since 2014 and he is also the driving force behind the Global Change Award. As he says, the key to innovation is to feel confident and establish among players.

The company’s net sales decreased by 21 percent in the quarter ended 28 February. The Swedish group has also issued a statement after the boycott suffered in China.

The Swedish giant reported a pre-tax loss of 6.5 billion crowns ($685 million), against a year-ago 5.9 billion profit. The group is going to increase the pace of closures with around 170 gross closures this year.

Stefan Persson will step down as chairman of the board and proposes his son Karl-Johan Persson to succeed him.

H&M, profitability put to test since its best performance since 2015

The group, which will present its annual results next Thursday, will has been facing a decline in its benefits for three consecutive years.

Boutiques, flagships, personalization, retail, online. The Swedish giant has reacted to declining sales with with trial and error.

The Swedish group has been experimenting with new store concepts and chains for the past years. H&M has launched three new chains since 2017 and closed other two.

The Swedish company has appointed Jesper Magnunsson, former head of expansion for Spain and Portugal, as new head of global leasing. The executive will be based in Stockholm.

Trending
k Manteco, luxury wool made in Italy for Zara and H&M coats
1
k Erik Bang (H&M): “The challenge is to create a culture where it is OK to fail”
2
k H&M swings back to loss in first quarter and responds China boycott
3
k Who is Helena Helmersson, the new CEO of H&M?
4
Related profiles 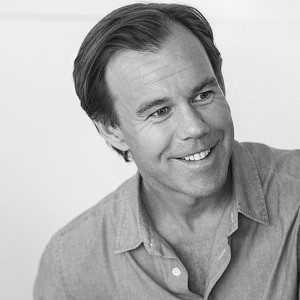