Kering was founded in 1962 by Francois Pinault, who remains as president and CEO, and was originally called Etablissements Pinault. The company in its initial years was involved in wood trade negotiation and construction materials. It was originally British but grew via acquisitions and became a well-recognized national company in France. Today, the group one of the biggest luxury holdings in the world, owning brands like Gucci, Saint Laurent or Bottega Veneta amongst others.

k Kering to improve profit and double in 2018

k Stella McCartney switches sides: allies with LVMH after breaking up with Kering

Luxury: higher margins than in 2016 despite Covid-19

LVMH, Richemont and Kering ended 2020 decreasing by 1.3 points in their average gross margin. They also lost €13,000 million in sales in a year.

Kering shuts down down acquisition of Moncler. The group led by François-Henri Pinault confirms that the acquisition of the French company is not on the table. Pinault argues that the group will focus on existing brands, which include Saint Laurent, Balenciaga and Gucci, among others.

Kering versus LVMH: It bags and influencers VS heritage and size

While Bernard Arnault’s group maintains its buyer appetite, Kering has divested to focus on fashion and luxury and has relied on star designers to boost the core of most of its brands in its portfolio.

In the dispute between the luxury holding and the designer, Hedi Slimane demanded the payment of 9.3 million euros for the shares he had in the company.

Gucci continues its digitization strategy: teams up with Chinese Tencent

The italian company, owned by luxury holding Kering, has allied with Tencent, owner of WeChat to conquer the Chinese consumers.

Kering: head of watches and jewelry leaves the company amidst sector’s revolution after Tiffany’s sale

Albert Bensoussan, joined the French group in 2014. He previously worked for rival LVMH.

The company, owned by French luxury holding Kering, has opened its first travel retail pop-up at the Singapore international airport.

The Italian luxury company, owned by Kering, will open popup store in major cities with its new concept Pin that makes reference to locator pins on maps.

Kering sales jump by 14.2% in the third quarter

The French luxury holding, owner of Gucci, Balenciaga or Bottega Veneta, had a revenue of 3.8 billion euros in the third quarter. 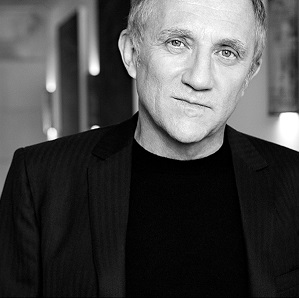