The founder of Desigual appeared before the media yesterday and reviewed for the first time the past, present, and future of the company. “what have we done wrong? Not bringing enough innovation to the market,” he lamented. 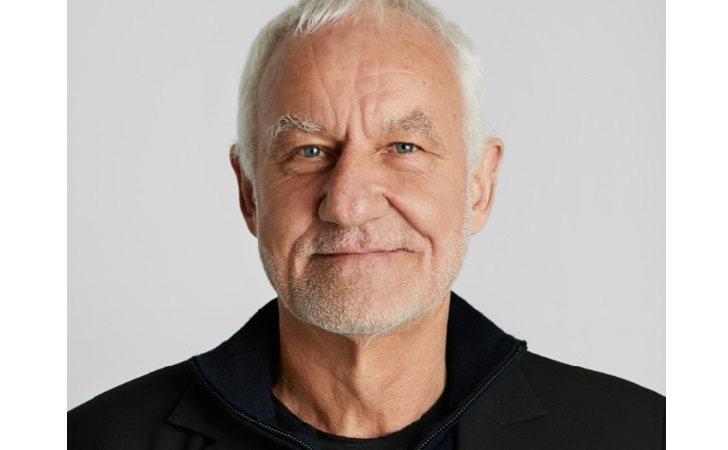 Thomas Meyer shows his face for the first time in history. The entrepreneur, founder of one of the phenomena of the history of the Spanish fashion, Desigual, appeared yesterday before the media for the first time. “In Desigual, beautiful things are happening, and I want to tell them” he justified himself after years of no appearances nor interviews. Meyer toured the current situation of the company recognizing that the “the situation is complex”, claimed that “Desigual still makes perfect sense in the world”. “Desigual liked to grow, now it’s time for other things,” he added.

The founder of Desigual, of Swiss origin but born in Germany and based in Spain since childhood, had opted so far to maintain a discreet profile and away from the media, with specific appearances, which means that there are practically no photographs of him. As if it were a school teacher, Meyer appeared before the media sitting at a white desk and a pencil in his hands, with which he constantly gestures effusively. Gray-haired, Meyer wore Puma sneakers and a jacket in concordance with the brand. There is no graphic testimony of the intervention, as the company did not allow photographs.

With a completely differentiated proposal from its competitors (characterized by bold colors and bold communication), Desigual experienced rapid growth in the 2000s. In 2009, the company had a revenue of 300 million euros (327 million dollars) and in 2014, when it reached its peak, it had tripled its size, bordering on one billion euros (1.1 billion dollars). Reaching one billion became the most repeated mantra by the company.

“Between 1990 and 2014 we grew non-stop and that is something that not all brands can say," said Thomas Meyer; In the middle of the crisis, between 2007 and 2014, we multiplied our size by twelve”. “These rapid growths lead you to do things that are not so perfect,” he admitted, adding that “in 2014 and 2015 Desigual began to feel that it was not doing so well.”

“Desigual still makes perfect sense in the world,” said the founder of the company. “We bring to the market things that other brands do not offer, we allow people to be different,” he said; This is our DNA: turn ideas around.”

“What have we done wrong? -he asked himself-; not bring enough innovation to the market ”. “When you grow a lot it becomes a counterweight to innovation and creativity,” explained the founder of the company.

“What have we done wrong? Not bring enough innovation to the market”

“It’s a special moment for the company, creatively difficult,” said the businessman and creator; “the difficult moments are to rethink you and make you change, they are an opportunity to improve,” he continued. In fact, according to Meyer himself, “Desigual was born in a difficult time.”

Thirty-six years ago, Thomas Meyer was working in the second-hand fashion sector, with two stores in Barcelona under the name Babia. As he recalled, he bought a stock of jeans that he couldn’t get out of. On a trip to Amsterdam, Meyer was inspired and when he returned he began testing these jeans, with which he ended up manufacturing a jacket.

“It was a jacket made with five pants, technically very complex,” he said. “And expensive," he added since its price was 20,000 pesetas of the time, about 120 euros. “It was very expensive and in second-hand stores, it was not sold, so we opened up to multi-brand,” he explained. “It cost us, it was not an easy start, but from that difficulty and that ability to adapt, Desigual was born,” he said.

“The difficult moments are to rethink you and make you change, they are an opportunity to improve”

Meyer also explained the five pillars of the transformation plan in which the company is immersed, which in 2019 closed its fifth year of cycle change. Product, brand, distribution channels, sustainability and (“I do not know if it is the most important, but it is the one that I am most proud of,” he confessed) to make Desigual “a great place to work.”

“Desigual lives by, for and through its product, is the way we add value,” he explained; there are some collections that live on the history of Desigual, but at the same time we have to modernize ”. That is, according to Meyer, the biggest challenge facing the company: “How do we get relevance in new things?”

The Desigual brand is evolving while the product does. In this sense, in 2019 the company introduced a new logo, “which expresses a different way of doing things”. "The new logo is a statement in itself,” he said.

“The distribution channels are the medium with which we connect with our audiences," he said; we have to modernize the distribution network, we are in that job. Desigual, which today works with nine channels, has around 500 points of sale. “Physical stores must continue to exist, one thing does not go against the other: online and offline are the same thing,” Meyer said.

Regarding sustainability, where Thomas Meyer says he comes from (“I see that everything today is so fashionable, the circular economy”), the businessman claimed the need for companies to collaborate. “We must look at what we do at home, but also how we encourage the industry as a whole to take it seriously,” he said.

Desigual’s transformation plan will last “two, three or four more years,” according to Meyer, who admitted that “at the speed that changes are going today the transformation will be permanent." "The world is in a difficult time: consumers change interests, the way to access brands changes, players in the sector are others, the online world takes weight and the streets empty a bit of consumer...", he explained.

“Growth is fundamental in all companies; it is part of the elixir that makes everything work.”

The future, according to Meyer

How does the future of Desigual see its founder? "The moment we live a brand like Desigual makes more sense than ever, people want relevance, experience," he claimed. “Buying to buy and fill the closet is over,” he added; young people look for fashion with purpose and brands that make it different. ”

“We were born doing different things and that is what we will continue to do," said Meyer; we have a lot of work to do. ” “ I am convinced that we will achieve that relevant position in the market that gives meaning to a brand like Desigual,” he added.

Meyer acknowledged that the adjustment the company has made and is making is complicated. “It’s not easy, but the circumstances are what they are,” he lamented, adding that “in fashion, you depend on the desirability and how the market accepts you and today we have a minor connection with the market.”

The goal of the one billion is already far away and it remains to be seen what size the new Desigual will feel comfortable with. “It's not that we wanted to be a billion company, it’s that we were, although it wasn’t an objective in itself,” Meyer said; growth is fundamental in all companies, growth is part of the elixir that makes everything work ”. “I can not say if we aspire to be a company of 800 or one billion, now the important thing is to be relevant,” he said.

Desigual’s future is far, according to Meyer, from incorporating new partners, moving away from the possibility of repeating an operation like Eurazeo’s in 2014. “In the short term no, we don't need it,” he said bluntly; We are sufficiently capitalized and we can do it alone,” he said, to add below that “at the present time we need agility”.

The employer also does not expect that the company should resort to bank financing sources. “There is no debt in the classical sense,” he said, to re-emphasize that “we have enough resources to face investments in three or four years.”

“Desigual liked to grow up, but now we have other things,” he admitted; Now what should concern us is to do things well done and be relevant,” he said. “When we have it, it will be time to grow back,” he added.

In anything, whatever the evolution of Desigual, it will take place, for the moment, with Thomas Meyer in charge. “Someday we will have to leave, but it is not in my short-term plans,” he concluded.