Fashion confronts twelve months of uncertainty, in which trade war, Brexit, populism and currency volatility will be key for the sector.

Less growth and more uncertainty. This is the scene that the international economy and the fashion industry will have to face in 2019. The peak of far-right movements, the trade war between the United States and China and the outcome of Brexit will define the rhythm in a year when, according to all forecasts, economy will slow down. Which are the largest macroeconomic challenges for 2019 and how can they affect fashion?

Two years after the arrival of Donald Trump at the White House, populism continues to spread around the world. Last year, the Northern League was victorious at the Italian elections, lifting far-right power (in coalition with the Five Star Movement) to the first line in one of the most important markets in Europe. In Latin America, the relief of the left populisms for right populisms reached its peak with the rise of far-right politician Jai Bolsonaro, supported by Trump, to the presidency of Brazil.

This year will entail a litmus test for the advance of this type of movements. Between 23 and 26 of May, the elections for the European Parliament will be hold, and it remains to be seen which role will take The Movement, a political action group lead by Trump’s former chief strategist Steve Bannon, who intends to unite all the right-wing populist parties in Europe. Spain will also try the scope of Vox after its success in the Andalusian elections, with regional and local polls all around the country.

After years of expansive monetary politics, the European Central Bank has opened a door to an interest rate increase in 2019. The ECB follow thus the steps of the Fed, which started to increase the price of money in 2015.

With all that, tensions with Italy and the slowdown of economy can spoil the initial plans of Mario Draghi, President of the Institution, to put an end to seven years of zero rates. For the time being, the Central Bank has already put a stop to the quantitate easing, an assets purchase program that was key to avoid a major collapse during the crisis.

A rate increase now would mean the end of cheap money, what would raise the price of the access to credit and could impact in consumption, for which a slowdown is likewise expected.

“The worldwide growth has peaked”. That was the conclusive message given at the end of the previous year by the Oecd., which joined a few other international organisms that revised the previous growth forecast downwards.

The International Monetary Fund (IMF), for instance, reckons that the global gross domestic product (GDP) will increase by 3.7% in 2019, two tenths less than what was expected in its report at the beginning of 2018.

One of the main threats to global growth is the United States and China’s trade war, which could have an impact on what has been the driving force in economy for the last decades.

Next March 29, the United Kingdom will leave the European Union, though it is not yet known in what conditions it will do it. Prime Minister Theresa May reached an initial agreement with Brussels at the end of last year, which is going to be put to the vote in the British Parliament during the week of 14 January.

The draft includes a safeguard to avoid the restoration of a physical barrier between Northern Ireland and the Irish Republic, something that would allow the United Kingdom to remain in the customs union until a commercial agreement is reached between London and Brussels.

The fashion industry, having in the United Kingdom one of its most important markets, closely follows the progress in negotiations. According to an analysis carried out by the British Retail Consortium (BRC), a Brexit without agreement would lift by 7% the price of fashion imports into the country. The organism warns that, even if customs tariffs are not imposed to the United Kingdom, there are still 405 controls applied by the European Union to all the extra-community products that are imported, among them clothing and textiles.

5. The impact of the foreign currency

In a globalized business as fashion, the exchange rates will continue to impact in a direct manner on the results accounts of its companies. The euro, which turned twenty on the 1st January, remained stable during 2018 and consolidated its strong currency position, despite the dollar’s revaluation.

The experts deem the euro to become stronger in 2019, considering its value will be between 1.20 and 1.30 dollars. On the other hand, a throwback for the dollar is expected in the following year, as it is overvalued, and the president Trump himself expressed to be against the currency strengthening.

India, one of the main countries in the fashion industry and a growing consumer market as well, will hold parliamentary elections in May 2019, in which the Prime Minister, Narendra Modi, expects to “break all records”.

With all that, in the regional elections held in December, the opposition party, led by Rahul Gandhi, was victorious, while Modi’s party could only win in two out of the five states at stake.

The victory in the following elections will be key in a country that, in the last few years, has opened up the borders to international fashion, what until now (with some notable exceptions like Pepe Jeans) barely had been introduced in the second most populated country in the world. At the same time, India adopted a protectionist policy for textile industry, with tariffs on imports from China.

7. The end of zero tariff for Cambodia

Changes are underway regarding the provisioning in the Southeast Asia. This year, Brussels will put to the vote the exclusion of Cambodia from the program Everything but Arms (EBA), with which the country profits from the zero tariff in their commercial exchanges with the European Union.

The retirement of the tariff preferences could cause a change in the provisioning of the region, key to fashion industry, and benefit the other productive poles such as Bangladesh or Myanmar. Currently, Cambodia carries out 95% of its exports to the European Union through EBA, with the textile as the spearhead.

In the middle of the trade war, Europe seeks for new allies. After ratifying the free trade agreements with Singapore and Japan, the European Union will culminate in 2019 the actualization of its agreement with Mexico.

In 2019, trade agreements with other two key markets for the fashion sector will get their final touches: Mercosur and Vietnam. The trade agreement with Mercosur began negotiations two decades ago and there is practically an agreement between the parties. In respect of Vietnam, the negotiation has been settled and the signing of the agreement will be achieved this year. 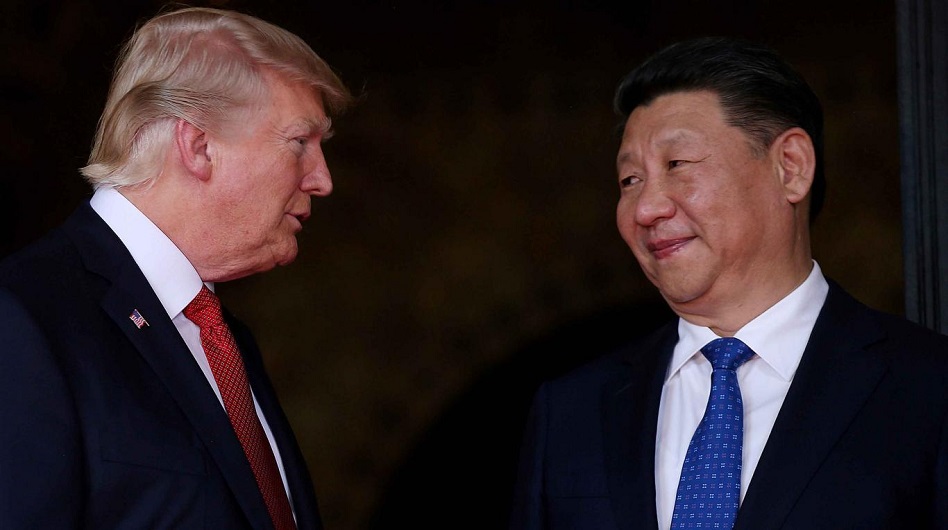 This will be critical year for the United States and China’s trade war. Last December, both countries approved a 90 days-long truce that started last Tuesday, in which both parties will try to reach an agreement.

However, the truce is fragile, as their positions are still distant in the main matters in dispute, such as forced transfer of technologies, intellectual property protection, non-tariff trade barriers or cyber intrusions, among others.

These dialogues are key to the fashion industry, a global agent that depends largely in freedom of movement between markets. Moreover, if the trade war worsens the consequences in economic slowdown will be even greater, as FMI and OMC already alerted.

The International Cotton Advisory Committee (ICAC) forecasts the price of cotton will raise to 89 dollar cents per pound in the 2018-2019 season, 1.13% more than last year.

This way, cotton will continue the escalation started in the 2017-2018, when the prices raised by 6%, going from 83 to 88 dollar cents, according to ICAC reports.

The rise of the prices is directly related to the fall in production and growth of demand, which would cause a contraction in worldwide stocks in 2019.

Meanwhile, it is estimated that the oil price will continue its descent, according to the analysts. JP Morgan foresees the Brent barrel will stand in 73 dollars, facing the previous estimation of 83.5 dollars, due to the increase in supplies in the United States.