Women continue to be a minority in positions of economic power, but last year represented a breakthrough with four new appointments in key positions of international organizations.

A quick look into meetings such as the World Economic Forum in Davos or the central bankers’ meeting in Jackson Hole leaves no room for doubt: men are still an overwhelming majority in the boards of economic powers worldwide. Women are also a minority in the great schools of economic thought, and only one has won the Nobel Prize in Economics in its fifty years of history.

But something is starting to change: only in the last year, three large institutions (IMF, OECD and the World Bank) have placed women at the forefront of their analysis divisions, although two other pioneers have left their positions. Who are the women who are breaking the glass ceiling of global economic power? 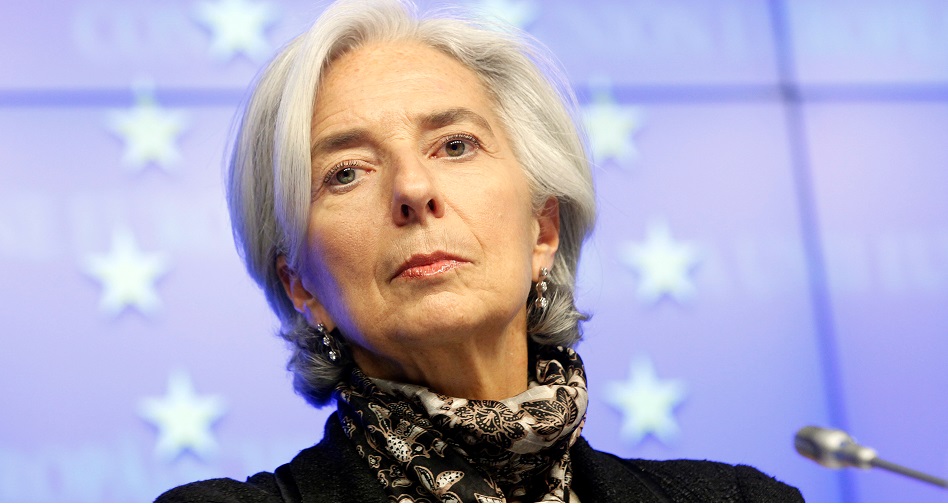 Christine Lagarde, eight years at the head of the IMF

The International Monetary Fund (IMF), one of the most influential multilateral organisms in the world, has been led by a woman since 2011. Christine Lagarde, a lawyer by profession, came to the position after a long career as a lawyer and politician.

The Bulgarian economist Kristalina Georgieva became the first Chief Executive Officer of the World Bank in 2017. In this newly created position, Georgieva has strengthened the bank’s financial capacity, overseeing the largest capital increase in the entity’s history.

After beginning her career as a teacher, the economist joined the World Bank in 1993 and became vice president in 2008. Two years later, she left the organization to join the European Commission and was a candidate for the UN Secretary-General post after the departure of Ban Ki Moon.

The former Federal Reserve Chairman, Ben Bernanke, said of her that she had been one of the best students of all his career. Gita Gopinath was assistant professor at Chicago’s School of Business and professor of International Studies and Economics at Harvard before being elected last year as the new head of economic advisory at the IMF.

The economist of Indian origin relieved Maurice Obstfeld in the position and became the first woman to assume that position, from which she oversees the biannual forecasts and recommendations on macroeconomic policies to governments.

Pinelopi Koujianou Goldberg was also professor at the Ivy League when she was named new chief economist of the World Bank in April 2018. Professor of Economics at Yale, Goldberg has devoted much of her research to emerging and developing countries, and was the first woman to lead the prestigious American Economic Review.

Her appointment and that of Gopinath take place in a key context for macroeconomic analysis, which has focused in the last few years on inclusive growth and the risks of new protectionist policies around the world.

The three appointments of 2018 is completed by Laurence Boone, the new Chief Economist of the Organization for Economic Cooperation and Development (OECD). Boone, who replaced Catherine Mann in the position, leads the more than 180 employees of the economic division of the OECD and will participate in the G7 and G20 meetings.

PhD in Applied Economics from the London Business School, Boone was until last year Chief Economist at Axa Group. In addition, she has been a researcher at the French think tank Cepii, Chief Economist at Barclays Capital France and Managing Director of European Economic research at the Bank of America Merrill Lynch.

Natacha Valla, number two of monetary policy at the ECB

Another of the most outstanding appointments of 2018 was the one of Natacha Valla, new number two of monetary policy at the European Central Bank (BCE). The French replaced in office a historic figure at the entity, Massimo Rostagno.

Graduate of the European Institute in Florence, Valla worked for Goldman Sachs and the think tank Cepii before joining the European Investment Bank (EIB) in 2005, a position she held until the signing at the ECB. In addition, she has been a director of companies such as LVMH or Accord Hotels.

Arancha González, Director of the ITC

The Spanish Arancha González leads since 2013 the International Trade Center (ITC) of the UN. Lawyer by profession, González began her career in the private sector before making the leap to the European Commission.

In the community institution, the economist led negotiations of trade agreements and was a Spokeswoman for Trade. In 2005, she joined the WTO as the Chief of Staff of the then CEO of the organization, Pascal Lamy.

Despite holding a national charge, the influence of Clare Lombardelli as chief economist of the United Kingdom Treasury crosses the borders of her country. In full negotiations for the Brexit, the economist is responsible for advising ministers on economic matters and addressing what will be the impact of leaving the European Union.

Lombardelli, 39, was the first woman to take office and has worked for the government since 2005, after starting her career as an economist at the Bank of England and working as an advisor to the IMF.

Janet Yellen, first woman to preside over the Federal Reserve of the United States

After the departure in 2018 of Janet Yellen, who was the first woman to preside over the Federal Reserve System of the United States, there is once again an absence of women in the heads of the main central banks of the developed economies.

Last year, another historic figure also left her post, Danièle Nouy, who was Chair of the Supervisory Board of the Single Supervisory Mechanism (SSM), the body that centralizes the regulation of European banks.

Carmen Reinhart, the economist of austerity

Born in Havana, Carmen Reinhart is one of the most influential living economists in the world. Trained at Columbia University, Reinhart worked as chief economist for Bear Sterns and the International Monetary Fund. Currently, she works as a professor at the International Financial Systems program at Harvard.

Author of This Time is Different: Eight Centuries of Financial Folly, was a strong advocate of austerity policies after the crisis, but was also at the centre of the controversy after a student found an error in one of her studies in which she defended the policies favouring cuts.

Minority in political power too

Inequality is also transferred to political power. According to a Pew Research study, prepared in 2017, only 56 of the 146 nations analysed by the World Economic Forum have had a woman at the head of the government in the last fifty years. Of these, in 31 countries women have been in office for five years or less, and in ten of them they have been in office for only one year.

Currently, prime ministers can be counted almost on the fingers of the hands. In Europe, the veteran is Angela Merkel, Chancellor of Germany, who will leave office in 2021. The other great European leader is Theresa May, who in 2016 became the second woman, after Margaret Thatcher, to preside over the United Kingdom.

The European continent concentrates, in fact, the majority of women in this position, with twelve countries with a woman president. To Germany and the United Kingdom join Norway, Serbia, Iceland, Croatia, Romania, Georgia, Estonia, Malta and Lithuania.

In Asia, there are women at the forefront of Singapore, Taiwan, Hong Kong, Myanmar, Nepal and Bangladesh, while in Africa only two countries, Namibia and Ethiopia, have a female president. The pool of Government leaders is completed by New Zealand, with Jacinda Arden in office since 2017.

Spain, for its part, has never had a woman president of the Government, although the Councils of Ministers have advanced in parity. Nowadays, there are eleven women of a total of eighteen members, occupying portfolios such as Economy, Finance or Industry.