The look for lower costs has continued to define sourcing routes of the fashion industry, although after the Rana Plaza tragedy in 2013 everything changed. 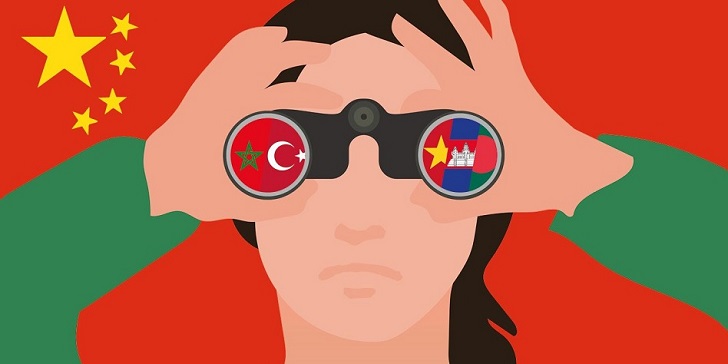 Fashion has completely changed its sourcing map in these past ten years. The rising cost of production in China opened two new routes: the low-cost route, which took hold in Bangladesh, Cambodia or Vietnam, and the proximity route, which for European companies stood out in Turkey and Morocco. The search for lower costs has continued to define the sourcing routes of the fashion industry, although after the Rana Plaza tragedy in 2013 everything changed. Since then, sourcing strategies have taken a turn to bring brands and retailers closer to their suppliers, put an end to social conflict in emerging economies and seek traceability and transparency for its stakeholders.

In ten years, the supply map has gained such complexity and sourcing is now a strategic factor for retailers. Three years after free textile trade, a scenario that made China the world’s production hub, international financial crisis completely changed the rules of the game. That productive textile boom in the Asian giant, which happened between 2001 (when China was named a member of the World Trade Organization) and 2005, stopped with the global economic crisis.

The stop of the foreign trade that caused the world crisis turned the economic strategy of Beijing, which chose to reduce dependence on international markets and win it in its own consumer market. Thus, during these last ten years, one of the focuses of the Government of China for its economic growth has been to boost internal consumption with the boost of middle class.

In ten years, the supply map has gained complexity and sourcing is now a strategic factor for retailers

Another thing that expanded the country’s economy was to divert the industry to another one with added value. The immediate effect of these measures was an increase in production costs and the consequent search by the fashion of new regions to which to transfer the most labor-intensive processes, such as the making of garments.

Bangladesh became the second largest global garment supplier in 2010-2011. That year, this border country with India and Myanmar exported clothing worth 17.9 billion dollars, up 43% year-on-year. This territory of Southeast Asia already based its economy on the export activity and, specifically, on the garment production, which represented about 80% of the total.

Western fashion brands then began to move their production to Bangladesh in the face of rising labor costs in China and taking advantage of their membership in the GSP + system of the European Union, which allows developing economies to export to European territory without tariffs.

In fact, European and American companies landed in Bangladesh with their suppliers in China, who were the first to move to this country the tasks of finishing and producing garments, two of the most labor-intensive processes and more affected by costs.

In 2010-2011, the main product that Bangladesh manufactured and exported were knit shirts. Sales of this garment abroad amounted to 4.6 billion dollars, up 50% than a year ago. Followed by pants, which the country exported that year for 4.2 billion dollars, and sweaters, whose exports then reached 2.4 billion dollars.

The main attraction of Bangladesh was wages. A Bengali worker in the textile sector had a salary in 2012 of between 45 euros and 60 euros per month, compared to the fork of between 188 euros and 300 euros in China. The fear of a social conflict was such that H&M and Gap came to pressure the government of the country to raise wages. In fact, as the country’s industry increased its activity, protests and demonstrations also took place.

In 2012, more than 100,000 workers in the country went out to the streets, in a demonstration that ended violently due to the confrontation between protesters and police officers. At the end of that year the first tragedy occurred: a fire in a textile factory killed 120 workers. But the great tragedy of the sector came a year later, in which it has become the second largest industrial catastrophe in history, behind Bhopal. It was the collapse of a building that housed several textile factories, located outside of Dhaka, the capital of the country: Rana Plaza building. More than a thousand people died.

The social conflict in Bangladesh moved part of the low-cost production to other countries in Southeast Asia, such as Cambodia, Vietnam, Thailand, Laos or Sri Lanka. In all of them, there was already a certain textile tradition, which at that time shot at investors looking for more stable territories, although their labor costs were higher. In addition, like Cambodia, Cambodia also benefits from the GSP + system to export to the European Union with virtually no tariffs.