The womenswear company opened this month two pop up stores in France and China in which its customers can personalize products as part of the groups new strategy. 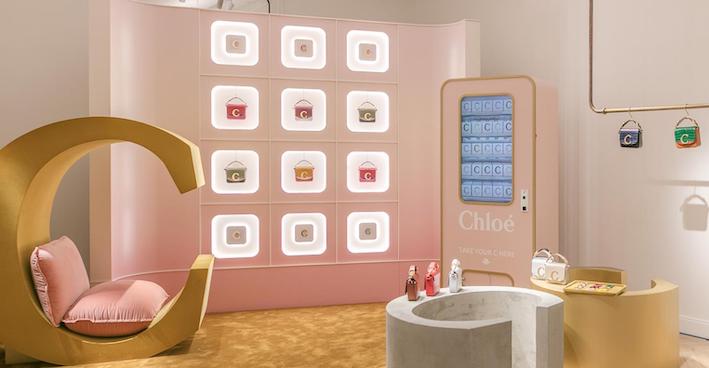 Chloé, from vending machine to personalization. The womenswear company, owned by the Swiss luxury holding Richemont, has opened in October two pop up stores in Paris and China where its customers can customize the Chloé C bag of the brand.

The space is part of the group new retail strategy, which aims to improve the retail experience of its customers. The new concept is focused in personalization so clients can change from the color of the bag to the metallic C and its finishes in a limited edition “It is a unique and personal experience that we seek to offer them.” stated the company.

The Paris-based company, founded in 1952 by Gaby Aghion, sells ready-to wear and accessories for women. Chloé was run by its founder until 1985, when the luxury holding Richemont acquired the brand.

Designers like Karl Lagerfeld, Stella McCartney or Phoebe Philo have been part of the brand as creative directors and the current one, Natacha Ramsay-Levi, was appointed by the group in 2017 to lead ready-to-weat, leather goods and accessories.

Richemont, also owner of brands like Montblanc, Azzedine Alaïa and Cartier, amongst others, ended its first quarter (between April and June) with a revenue of 3.7 billion euros, 12% more. In its online channel, the company’s sales were 648 million euros, which meant an increase of 54% over the previous year.