The British sportswear company has teamed up with New York creative agency Coral Studios to create a capsule collection that will give part of its sales to The Great Barrier Reef Foundation. 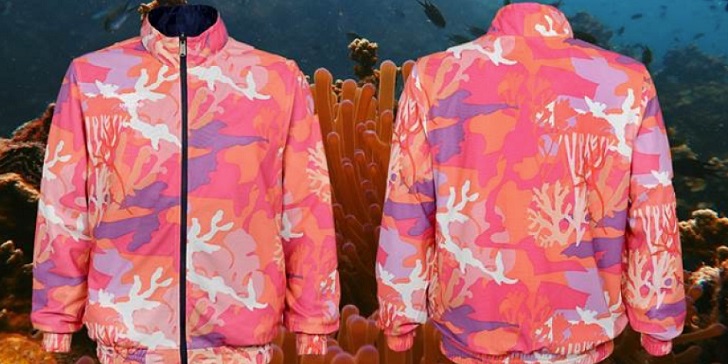 Umbro and Coral Studios support one of Unesco’s world heritage sites. The British sportswear company, specialized in soccer gear, has teamed up with New York creative agency Coral Studios to create a capsule collection that will give part of its sales to The Great Barrier Reef Foundation.

The launch of the collection will take place during Art Basel Miami at a pop up of the creative agency and will be available December 6 and 7. The capsule has a reversible retro track jacket with Coral Studio’s coral inspired camo and Umbro’s signature checkerboard shorts.

The Great Barrier Reef Foundation is a non-profit organization that works to preserve the world’s largest corral reef, located in Australia and that was named as a World Heritage site by Unesco in 1981.

Umbro’s parent company Iconix announced a 23% drop in its revenue in the third quarter, to 35.5 million dollars, compared to the 46.2 million dollars reached last year. The group’s worst performing markets where China and Europe.